Cheri Donnelly, a three-time national figure skating medalist, discovered the art of ice skating when she was just 11-years-old. A natural gymnast, Cheri had already mastered many complicated skills, including backflips, handsprings, and layouts, outside of the rink. Recruiting that same impeccable balance on the ice was merely a natural extension of the skills Cheri had been developing her entire life.

In fact, Cheri would eventually go on to win three national medals in competitive figure skating. But, even with these honors under her belt, something wasn’t quite right.

As Cheri recalls, “When I started advancing to new skating skills, my coach and I found it difficult for my hips to align correctly. [But] we never thought of this as a serious problem since I had [already] earned two national medals.”

Then, one day in late April, the nurse called Cheri to her office to perform a routine scoliosis check-up. When the school nurse measured the curve of Cheri’s back, she had cause for concern.

“I’m going to call your mom,” the nurse announced before disappearing to make a phone call. At the time, Cheri remembers joking about the incident with her friends. “How crazy would it be if I had scoliosis?!?” Cheri thought. Aside from a slight malalignment of her hips, Cheri had no apparent signs of scoliosis. In fact, Cheri, who was extremely flexible unlike most with scoliosis, could touch her head to her lower back.

But, as Cheri would soon discover, her condition was no joking matter. 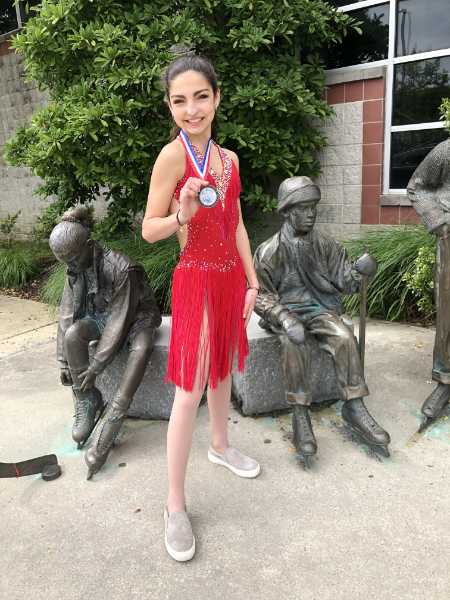 On May 3rd, Cheri attended the first of what would become many appointments with Dr. Lowenstein, an industry-leading expert in scoliosis and spinal deformity surgery. At that point, examination revealed that the curvature of Cheri’s lumbar spine was 34 degrees, while the curve of her thoracic spine was slightly worse. Dr. Lowenstein explained that Cheri’s curves were compensatory, meaning that her lumbar spine was arcing outward in order to compensate for an abnormal curvature in her thoracic spine.

With her curvature well within the moderate range for scoliosis, Dr. Lowenstein recommended that Cheri wear a back brace for 22-24 hours a day. However, because Cheri followed a rigorous skating schedule—practicing for up to four hours every day—this severely limited the amount of time that Cheri could feasibly wear her brace. Nevertheless, Cheri would dutifully wear the brace to and from the rink, taking it off only when she was engaging in physical activity.

Fortunately, all of Cheri’s hard work and sacrifice paid off. In September of that year, she was awarded her 3rd national medal in solo ice dance. However, despite taking careful preventative measures, Cheri’s spinal curvature had only continued to deteriorate during this interval.

Although scoliosis bracing is effective at halting curve progression in approximately 80% of patients, Cheri was in the unlucky few whose scoliosis continued to worsen. By Cheri’s January 21st check-up with Dr. Lowenstein, her thoracic curvature now measured 54 degrees with her lumbar curvature falling just beneath this value. It was now clear that spinal fusion surgery would be a necessity to reverse Cheri’s adolescent idiopathic scoliosis.

For Cheri, the thought of spinal fusion surgery was not easy to deal with, particularly for someone who was known for her flexibility and grace on ice. Cheri wanted to believe that she would regain her flexibility. However, because spinal fusion involves connecting several vertebrae into one continuous strip of bone, this would not be 100% possible. Cheri would be able to skate again, but she would not be able to touch her head to her lower back as before and regaining her confidence on the ice would be a constant struggle.

Working with Dr. Lowenstein, however, proved to be a highlight of Cheri’s experience. As Cheri’s mother, Cydelle Donnelly, explains:

“[Working with] Dr. Lowenstein was great. He did not hold back when speaking with us or Cheri. He told it like it was, but with a very gentle, understanding nature. This is not something that is easy to hear or deal with, but having a doctor who understands what you are going through, doesn’t push you in any one direction, gives you sources to read up on to gain an even better understanding of both the medical and emotional tolls of scoliosis, and always made himself available to answer questions was quite helpful.”

Equipped with all the information and a fierce competitor by nature, Cheri told Dr. Lowenstein “I want [to undergo the surgery] as soon as possible.” With nationals looming in the not-so-distant future, Cheri hoped to return to the ice by April, just seven weeks after her February 11th surgery date.

Although Dr. Lowenstein didn’t think that Cheri would be able to skate again until June, Cheri worked diligently to relearn how to walk and properly function again. Instead of taking the recommended eight week period off of school, Cheri jumped back in just three weeks after her surgery. On March 27th—on Cheri’s birthday and just six weeks after her surgery—Cheri stepped back onto the ice well ahead of schedule. 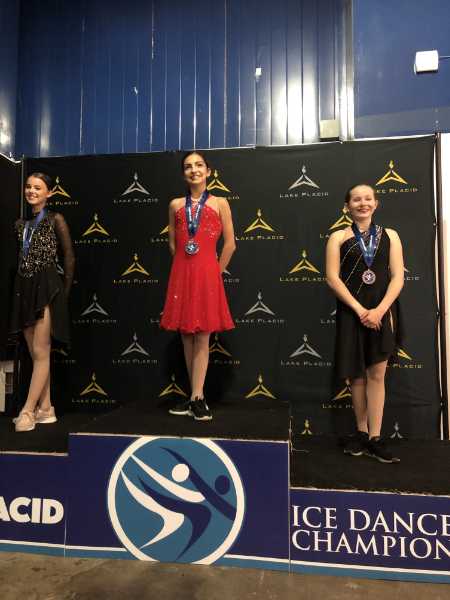 Resilience & The Road to Nationals

In order to make it to solo dance nationals, a participant must place in the top six for her region (whether Eastern, Mid-Western, or Pacific). Despite having undergone spinal fusion surgery, Cheri placed first in the Eastern region for the pattern event. In the combined event, she went on to place second.

This meant that despite the odds stacked against her, Cheri had qualified for nationals once more—even with the added challenges of recovering from surgery and relearning how to use her body.

At nationals Cheri placed 7th. Although this was somewhat of a disappointment, nationals rewarded Cheri with new friendships, memories, and unforgettable views of the Rocky Mountains.

Now, Cheri views this skating season, with all of its ups and downs, as one of the best learning experiences of her life:

“Out of everything that this surgery and season have taught me, the most important would be to work hard and continue to work hard. Although I am not at the point where I would like to be [yet], the tremendous effort that I have put into my recovery has certainly improved my physical ability. I am currently getting ready for next season and am excited to see what this year will bring me.”

We are excited to see what next year brings for Cheri, too.